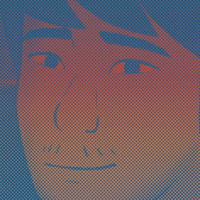 The Film/Animation/Video department welcomes French-born filmmaker Denis Do, creator of the animated drama Funan about a Cambodian woman searching for her child, who was taken by the Khmer Rouge. The film won the top prize at the Annecy festival last year and was released in the US in June. Do began his career as a layout artist on features such as Long Way North (2015), a storyboard artist on the series Rabbids Invasion (2013) and a set designer on Zombillenium (2017). The screening will be preceded by a lobby reception.