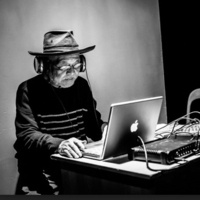 Digital + Media welcomes Japanese-American artist, writer, theorist and composer Yasunao Tone. Tone co-founded Group Ongaku in the early 1960s, has been active in the Fluxus movement since 1962 and has also been an organizer and participant in many important music and performance scenes including New York’s Downtown improvisors and the European electronica experimentalists. An outstanding experimentalist, he coined the term paramedia art to describe his work, and his artistic inventions include prepared CD, interventions with an MP3 system and AI programming. Primarily a composer, Tone has worked in many media, creating pieces for electronics, computer systems, film, radio and television, as well as environmental art.