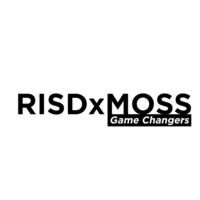 “When you look at something in a new way, it becomes something else.”
—Murray Moss

RISD Senior Presidential Advisors Murray Moss and Franklin Getchell, creators of Moss, the legendary and influential design gallery which during its 18 years changed the way design is perceived, will host an interactive runway exhibition of 30+ objects chosen from their personal archive of both celebrated design artifacts as well as rare prototypes and relatively unknown experimental works. Assembled exclusively for RISD and on view for this one-day event only, these diverse objects highlight exceptional critical thinking, bold speculation and groundbreaking experimentation. Each object challenges the familiar and re-conceptualizes the ordinary. Collectively, the exhibition, and the open discussion led by Moss and Getchell, are intended to stimulate the imagination and nurture future game changers yet unidentified.

Murray Moss is the founder of MOSS design store and gallery, and co-founder, with Franklin Getchell, of the design consultancy Moss Bureau. Inducted into Interior Design’s Hall of Fame, Moss has received numerous awards including the Chrysler Design Award and House Beautiful’s Giants of Design Award. He has curated many influential exhibitions at venues including the Victoria & Albert Museum, London, the Museum für Angewandte Kunst, Frankfurt, Collective Design Fair, New York and the Warhol Foundation, Pittsburgh.

Franklin Getchell is co-founder of Moss Bureau, longtime business partner at Moss, and former producer, director and television programmer. His work includes six years as producer for the series Sesame Street. Getchell has received many distinguished international honors for his work in television and broadcast, including a Peabody Award, the Japan Prize, a Christopher Award and an Emmy. He is a graduate of Harvard University and has studied at Columbia University and the London Academy of Music and Dramatic Arts. His published work includes Please Do Not Touch (Rizzoli, 2018), co-authored with Murray Moss.

Register
This event content is powered by the Localist Community Event Platform.