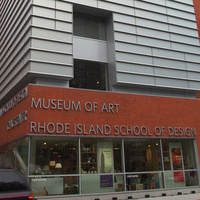 Using a curated selection of films produced by Danny Glover,  join us for a discussion exploring the intersections of social change, the Arts, and reflection.  The selected films, The Black Power Mixtape 1967-1975, Trouble the Water, and Soundtrack for a Revolution, exemplify how African- American music has always been grounded in social change and showcase Danny Glover's finesse as a filmmaker/producer. The film series and panel discussion will serve as entry points into Glover’s work, the social-political and historical contexts of music, and discussions on the role that arts play in social change.

Come to one or come to all film screenings. Please be sure to join the Rhythm & Change panel discussion on Sunday 1/25 at 5pm immediately following the Soundtrack of a Revolution screening.  All events are free and open to the public.

Sun 3pm: Soundtrack for a Revolution (food reception to follow)

The 2015 Martin Luther King Jr. Series acknowledges the life and vast contributions of Dr. King in creating a more just and democratic society. The annual series of special events includes lectures, programs and workshops designed to provide RISD and the local community with meaningful moments of service, reflection, self-development, inspiration, and celebration. Visit the series page for more information.

Free and open to the public