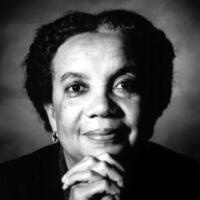 Marian Wright Edelman has been an advocate for disadvantaged Americans for her entire professional life.  She began her career in the mid-1960’s, as the first black woman admitted to the Mississippi Bar, served as legal counsel for the Poor People’s Campaign organized by Dr. King, and for 40 years, has served as founder and president of the Children’s Defense Fund (CDF), the nation’s strongest voice for children and families.  Ms. Edelman will share her thoughts on creative endeavor, social change and the urgency of advancing democracy.  Free ticket with RISD ID starts Jan. 22nd at the Center for Student Involvement front desk (Carr House 2nd Floor).